In the last article of this series (available here) we've talked a little about the JavaScript engine. That covered the basic features of the language like calculations or loops, but what about asynchronous code or the objects provided by the browser? The current situation can be found in the schema below. 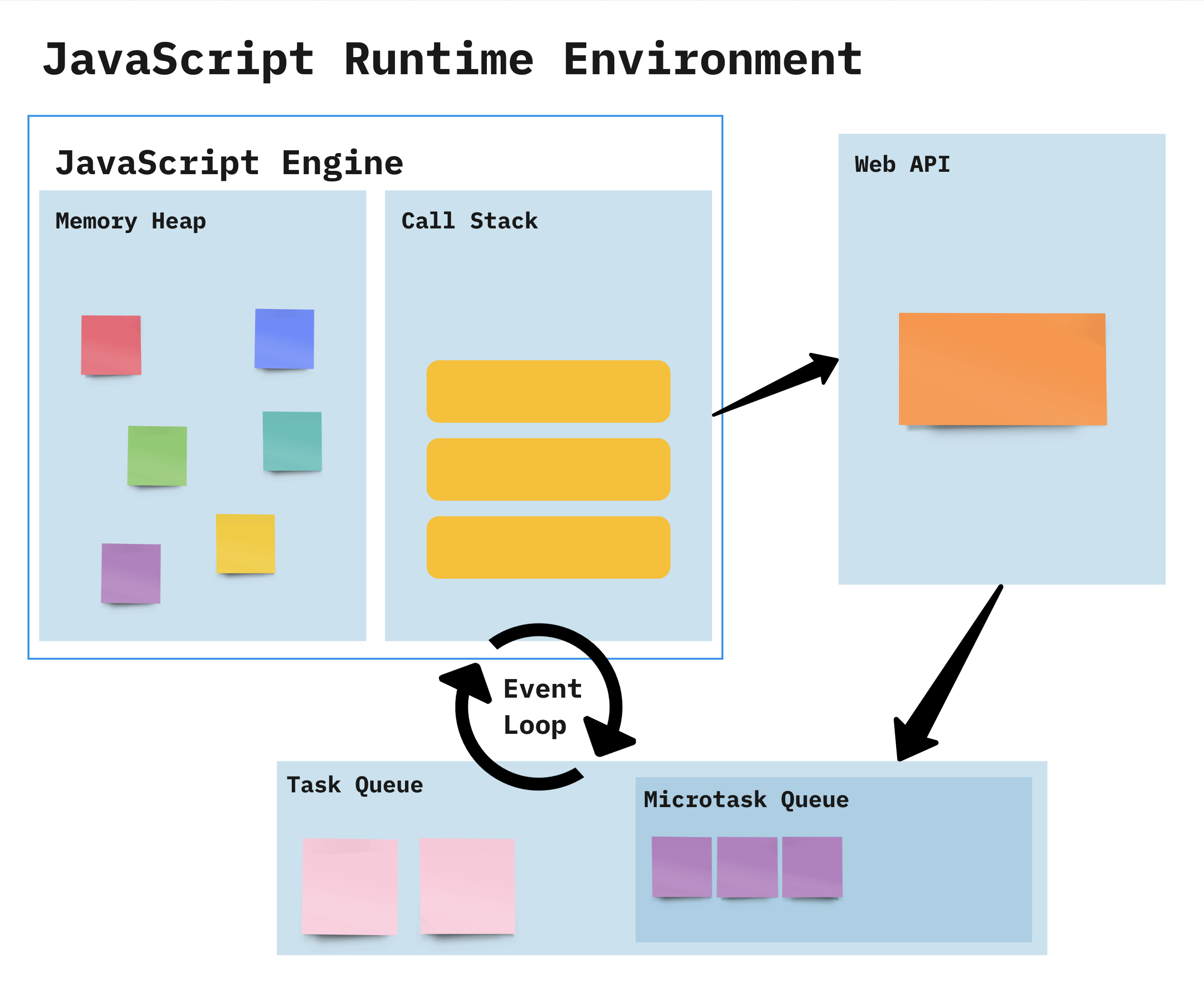